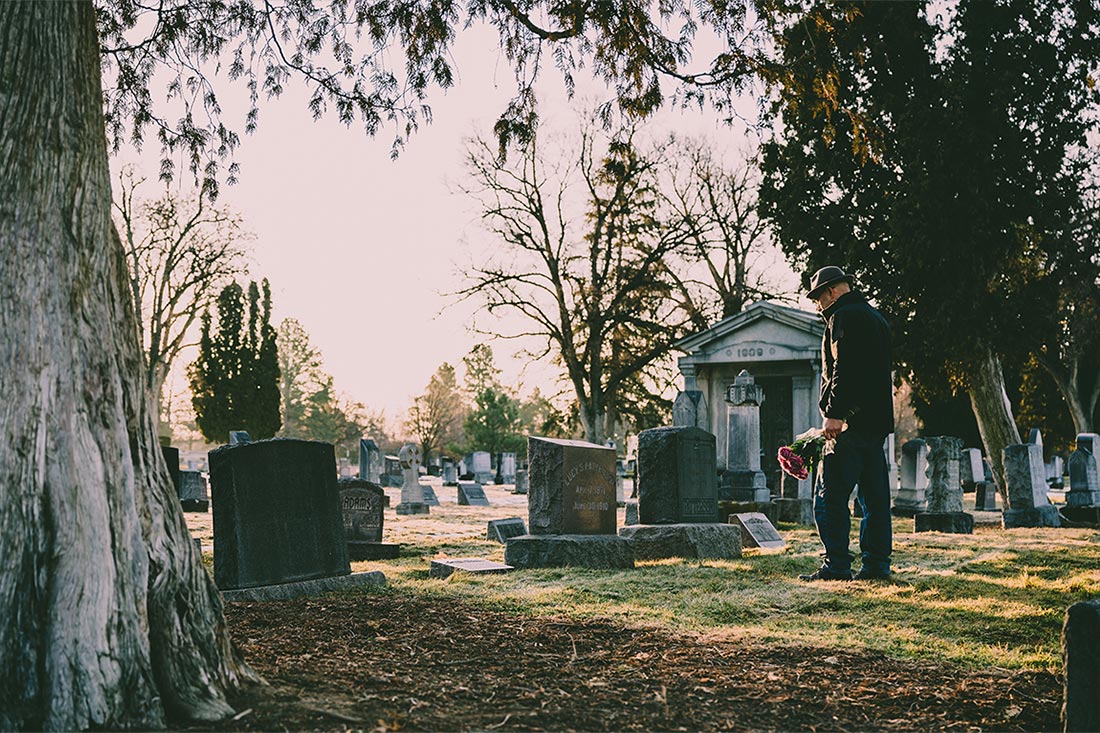 While virtual weddings and birthday parties have become the norm this year, another less-talked-about industry has seen a radical change as well — funeral services. With family and loved ones far apart and tight restrictions on event capacity, funeral directors around the world have been confronted with a unique challenge: how do we give families a meaningful way to say goodbye, even if they can’t be there in person?

MemoryShare gives funeral directors an answer. MemoryShare is a funeral webcasting service that allows funeral directors to connect with families and maintain the beauty of their ceremonies through an online streaming experience directly on the funeral obituary page. Not only can family and friends watch the ceremony live, they also have the video as a keepsake.

It’s a service that is quickly growing in popularity, and the demand has only picked up at the onset of the COVID-19 pandemic.

“Utilizing the webcasting platform MemoryShare offers has really given us a competitive advantage in our local market,” said Andrew Yaggie, Director Glende-Nilson Funeral Home. “We’ve had one if not two families for sure come to us who would have otherwise gone to our competitor, who came to us for the sole reason we offered webcasting and it was a service others could not provide.”

MemoryShare was developed by video producer Kyle Fogarty and software engineer Shane White. The two were already live streaming weddings and events when a conversation with the groom’s father, a funeral director, shifted their course in 2013. He mentioned that families were beginning to request funeral webcasting, yet funeral homes were often unequipped for the job.

“We saw a need, and we decided to respond,” Shane said. “We combined our years of expertise in video production and building software platforms and launched MemoryShare (then Midwest Streams), as a quick-and-easy way for funeral directors to offer an online experience through funeral webcasting.”

MemoryShare is the only funeral webcasting service that operates using its own custom app. Funeral directors download the app on their phone or tablet, embed a link in their obituary page, set up the camera in an area where the ceremony is clearly visible, open the app, and hit record. The team at MemoryShare takes care of the rest, monitoring the livestream in real-time. After the ceremony is over, MemoryShare replaces the livestream with a recording of the service and embeds it to the funeral home’s website. In this way, funeral homes can offer it as a keepsake to families for months and years to come.

The platform offers an alternative to Facebook Live, YouTube, or other video streaming options, where music copyright infringements resulted in many live streams being taken down mid-ceremony, or even accounts getting suspended. It also gives funeral directors full control of the webcasting and the ability to draw more visitors to their own website, rather than directing attendees to a third party site, or leaving it up to the family to record.

“It shouldn’t be the family’s job to record their own funeral,” Kyle said. “MemoryShare takes the pressure off families *and* funeral directors with a simple way to capture a really meaningful and important event.”

MemoryShare launched in 2013, with a mission of creating a space for funeral attendees to say goodbye to a loved one from wherever they are. As the pandemic took hold in late February this year, the need for virtual funeral services became more urgent than ever.

“I woke up in late February to pages and pages of notifications and inquiries, asking how do we webcast a funeral?” Kyle said.

Funeral directors and families were taking notice. [Forbes did a feature on the MemoryShare platform](https://www.forbes.com/video/6150906202001/#44f1e4e7912d). National and regional papers picked up the story. And the inquiries kept rolling in.

“The need is bigger than ever,” Kyle said. “Overnight, the entire funeral industry had to figure out, how do we still share these stories and bridge these emotional gaps without people being here in person?”

And yet still only a marginal group of funeral homes offer funeral webcasting as a service, Kyle said. It’s a statistic that baffles other funeral directors, such as Andrew Yaggie. Yaggie recognized the benefits immediately, and started webcasting in 2013 as one of MemoryShare’s first subscribers. He’s seen his competitive advantage grow as a result.

“There have been families who have come up to me and have pre-arranged that they’re going to use our funeral home, just because of how we utilize technology,” Yaggie said. “And the fact is, we are doing things that less than 1% of funeral homes across the country are doing.”

“Once this word has been spread through the community, through the area, I think it’s very much an edge that we have over any competition in the area,” said Greg Zabka, Owner of Zabka-Perdue Funeral Home. “Now we have the capability of having it not only in our chapel but at any church in the area. Families do accept it and they love it.”

Most importantly, funeral webcasting opens the door and welcomes everyone, near and far, to celebrate the life of a loved one together.

“I just like helping people,” said Greg Zabka. “And this is a way to do that. Funeral webcasting has become a valuable part of funeral service.”