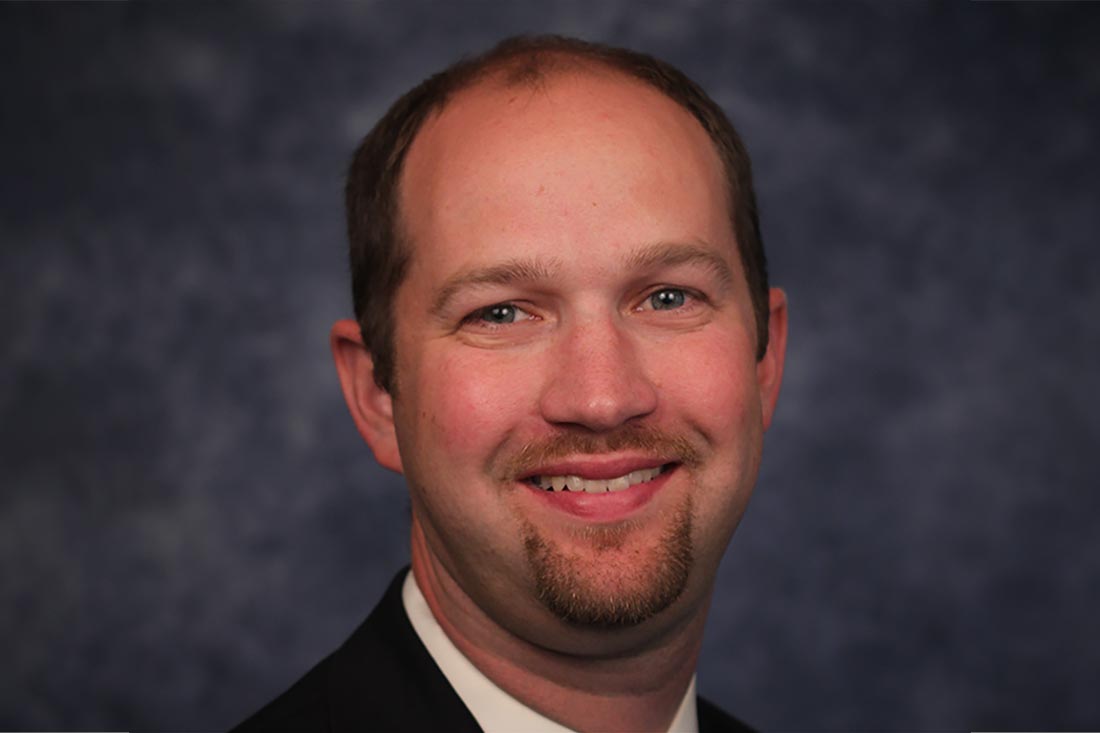 "It's about bringing people together": How Anderson Funeral Home is using funeral webcasting to connect loved ones

As a funeral director at Anderson Funeral Home, Alan Iverson has long recognized the benefits of funeral webcasting as a way of bringing families together — but it didn’t truly sink in until a winter storm blew in the day of his father’s funeral.

Suddenly, friends and family members were calling in, desperate for a way to show their love and support, but trapped in by the snow. It was then that Alan was able to point them to the livestream and the recording of the funeral ceremony as a way to participate.

“Close friends reached out saying, ‘We felt so bad we weren’t able to get to Marv’s service — it was so nice that we could watch it, and see it, and be part of it,’” Alan said. “And that made Mom feel good, too.”

“At the service, you’re there and part of it, but what words were said go over your head. At some point you might want to go, what did they say? And to have that comfort of a video of the ceremony — it’s something you might not appreciate until later.”

Alan Iverson has been a funeral director at Anderson Funeral Home in Alexandria, MN for 16 years. He partnered with MemoryShare to offer funereal livestreaming and webcasting about four years ago. At the time, it was something Alan considered an investment in the future; a special offering for families who had guests that lived far away. Today, amidst the travel cancellations and restrictions brought on by COVID-19, Alan has watched live-streaming become a necessity.

“I don’t know that there’s a service that we have planned that we’re not live-treaming,” he said. “It’s another thing that we can do to help bring people together. For us, it’s about taking care of families.”

That word — *care* — is an important one for Alan. It’s the reason he became a funeral director in the first place. He was only 16 when his mom took a job as office manager at a funeral home in Benson, MN. Alan mowed the lawns and washed cars — but the idea of working in the funeral industry seemed daunting. Then, when he was a fresh college grad working as an EMT, he got a frantic phone call that changed his career.

“I’m buying you a suit and I need you to come and help me,” — it was the funeral director at Anderson Funeral Home. He needed assistance with a funeral ceremony preparation.

Alan got the suit. And what he found was that being a funeral director was not as scary as it seemed. In fact, it gave him a renewed sense of direction.

“I’m a caretaker, and love taking care of people,” he said. “I started to see what funeral directors do, and see the compassion they have. It’s really about being a caretaker and helping families in some of their darkest days.”

Alan went back to school for mortuary science and has been working as a funeral director ever since. Part of the unique role of a funeral director, he describes, is making the experience as seamless as possible. It’s the funeral directors’ job to take care of the details and create a meaningful ceremony, giving family and friends space to grieve and remember.

And now, including long-distance guests in that experience has become imperative.

“The goal and hope is for the family to have the people they love come and support them in their time of grief,” Alan said. “Funeral livestreaming makes our world a little bit smaller and makes it more intimate. It shows we’re trying to bring everybody in, rather than saying ‘Sorry.’ When we offer that, it shows our compassion and our desire to include all friends and family members.”

Today, in the wake of the pandemic, Alan says at Anderson Funeral Homes they livestream nearly every funeral ceremony.

“It’s rare that we do not do a livestream since Covid,” he said. “I have a service tomorrow, and the daughter asked, ‘Is there a way they can rewatch it?’ And I said ‘Yep, I’ll upload it right after the service.’ She said ‘Oh good, I know there are people who aren’t able to watch it.’ That’s really invaluable.”

Funeral webcasting isn’t something Alan sees as a passing pandemic trend, either. As Millennial’s parents get older, he sees the desire to integrate technology with the service as a demand that will only increase with time.

“I think that a funeral home that is going to thrive, needs to show that they understand technology. Millennials are children of parents that are passing, and they want technology,” Alan said. “After Covid, I see livestreaming being part of the normal.”

With MemoryShare’s funeral webcasting setup, Anderson Funeral Homes is able to connect family and friends from around the world. Recently, a family in England was able to virtually attend a family member’s ceremony. This summer, Alan and his staff set up a ceremony for veterans who never got their honors during COVID-19. Over 126 people joined to watch from California to North Dakota.

Wherever you are, the message from Alan and Anderson Funeral Home is clear: you are welcome to be part of the ceremony.

“Bringing the service to where you are shows how much we care,” Alan said. “Whether it’s a family or friend watching — it’s about bringing people together.”